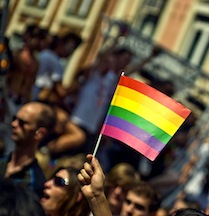 With the passage of same sex marriage bills by the Maryland and NJ legislatures, could California be saying “I Do!” once again later this year?

A lot of people assume it will be quite awhile, if ever, before same-sex marriage returns to California, notwithstanding last week’s appellate decision striking down Proposition 8, the 2008 voter initiative that banned such unions.

I’m not so sure about that. While the controversy over same-sex marriage is likely to play out over an extended period nationwide, I suspect California will rejoin the ranks of states offering marriage equality sooner rather than later.

Two avenues of appeal are open to Proposition 8’s backers. They can ask the Ninth U.S. Circuit Court of Appeals to randomly select 11 of its 29 judges to re-hear the case, known as Perry v. Brown. This would supersede the three-judge panel that ruled 2-1 that the initiative violated the U.S. Constitution. Alternatively, initiative backers can take their case directly to the U.S. Supreme Court, which will ultimately have the last word on same-sex marriage one way or another. Either way, this week’s decision will be held in abeyance until the higher courts either decide the issue, or decide that they are not going to decide it.

What matters is not whether Proposition 8 supporters file an appeal; what matters is whether either the Ninth Circuit or the Supreme Court is going to be willing to hear such an appeal. A lot of people seem to assume that the higher courts will take this case. I think that’s doubtful.

Let’s first consider the Ninth Circuit. In most of the country, when an appeals court agrees to re-hear a case with an expanded panel (known as ‘€œen banc’€), all of the judges in that circuit participate. This allows the en banc decision to reflect the views of the entire circuit court. En banc hearings are likely to be granted in highly controversial cases or in situations where various three-judge panels in the circuit have issued inconsistent rulings.

The Ninth Circuit is peculiar because it covers a vast area that includes nine western states and two overseas Pacific territories, and it has 29 circuit judges. It is not practical to have all 29 judges sit as a group to hear a single case, so the Ninth Circuit randomly chooses 11 of those 29 judges to hear en banc proceedings. Thus, even an en banc decision in the Ninth Circuit represents the views of only a minority of the circuit’s appellate judges.

Same-sex marriage is certainly controversial enough to warrant en banc review, but the Ninth Circuit judges know perfectly well that the case is not going to stop there. Either side, if it loses, will ask the Supreme Court to make a final decision. Inserting an en banc review will add at least one or two years to the process, leaving California couples unable to wed in the meantime. The Ninth Circuit might very well deny an en banc review in this case in order to speed the matter toward its final resolution.

That will send Proposition 8 supporters off to the Supreme Court. But I don’t think the high court will be enthusiastic about taking this case, either, even though the justices know that same-sex marriage will soon be before them.

The three-judge panel in the Ninth Circuit could have simply ratified the findings of U.S. District Judge Vaughn R. Walker, who declared that the initiative lacked a rational basis and violated a fundamental right to marry. Although Proposition 8 affected only California marriages, Walker’s reasoning ‘€“ if adopted by the Ninth Circuit ‘€“ would have established a strong precedent that would have covered the entire circuit.

Instead of endorsing Walker’s entire ruling, the appellate panel decided that Proposition 8 was unconstitutional because it revoked an existing right under California law, allowing same-sex couples to marry.

Around 18,000 same-sex couples were married in California in a five-month period in 2008 that fell between the time the California Supreme Court struck down the state law banning same-sex marriage and the time Proposition 8 amended the state Constitution to reinstate the ban. No other state that currently bans same-sex unions had previously permitted them. The appellate decision affects only California and has little direct application elsewhere.

Four members of the Supreme Court must agree to hear an appeal before the court will accept a case. A lot of people expect the court’s four-member liberal wing to endorse same-sex marriage when the court faces the issue. Since the Ninth Circuit already has ruled in favor of same sex marriage, albeit in a way tailored to California, the liberal justices probably are not eager to review this case. It would be difficult to persuade their conservative peers to expand its effect nationwide, and without that expansion, the liberals have no upside potential.

The five conservative justices probably won’t like Perry v. Brown, either. Any who firmly oppose same-sex marriage would probably worry that the case would give Justice Anthony Kennedy, and perhaps other members of their group, a perfect vehicle to accept such unions in at least some contexts. Also, the case focuses on a single state’s constitution, rather than a federal law with nationwide impact, such as the Defense of Marriage Act. I would wager that the Supreme Court will either pass on this case, or try to combine it with a case that addresses DOMA. But no DOMA case has yet made it through the circuit court stage. This situation suggests the Supreme Court will take a pass on the California case, allowing the undisturbed appellate ruling to stand, which would bring same-sex marriage back to the Golden State.

Meanwhile, gay rights advocates are gathering signatures to put a repeal of Proposition 8 on the November ballot. Four years ago, the gay-marriage ban passed with 52 percent of the vote. Attitudes have continued to evolve since then, with six states and the District of Columbia currently permitting same-sex marriage. (Washington was poised yesterday to join those that allow same-sex marriage.) There is a good chance that Californians will reverse themselves and restore same-sex marriage even if the courts do not force that result.
When the Supreme Court finally takes on same-sex marriage, the front-and-center question probably will be whether the federal government must respect marriages that are authorized by the states. Behind that issue lurks the question of whether states can deny recognition to marriages performed in other states. We may still be several years away from having the Supreme Court address those issues.

If forced to bet, I would say that within a year, marriage equality will return to California. The legal fights will likely continue to play out elsewhere. But when the nation’s most populous state gets back in the same-sex marriage league, it will take us one step closer to the inevitable day when every American will be free to wed the partner of his or her choosing.