Activists says the proposed Haverstraw Desalination Plant is being justified by excessive discharges by United Water. 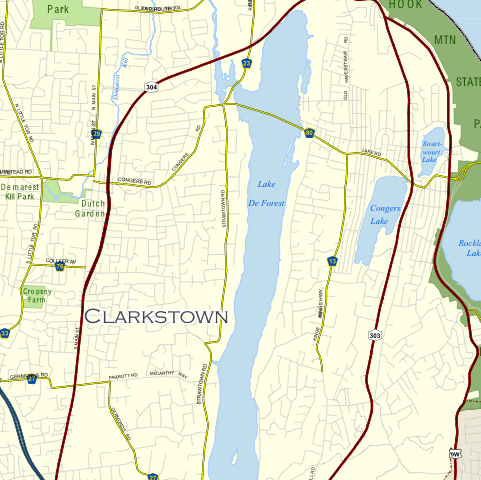 Meeting the current and foreseeable future water needs of Rockland is simply a matter of United Water complying with the New York State Department of Environmental Conservation discharge permit for Lake DeForest.

In 2007, United Water was fined by the New York State Department of Environmental Conservation for the excess releases of water from the Lake DeForest Reservoir that occurred that summer. As of October 2007, Lake DeForest was at 58 percent of its capacity, and officials were concerned that a lack of adequate rain and snow over the coming months could lead to water supply problems in the spring. United Water’s explanation for these excess releases was that a valve at the Lake DeForest Dam was malfunctioning. However, there were other mechanisms available to United Water for controlling the discharges. After being fined by the DEC, United Water stopped the excess releases. The defective valve was not replaced until many months later. On Aug. 19, 2008, a Journal News editorial stated, “Drive past Lake DeForest now, and it’s brimming.” In only 10 months, Rockland’s water supply was transformed from near crisis to abundance.

Data from the United States Geological Survey indicates that excess releases from Lake DeForest have been going on for decades. United Water claims, “Water must be released from Lake DeForest to protect fish and wildlife farther downstream” and “United Water cannot deprive New Jersey’s ecosystem in order to retain more water for Rockland’s residents.”

The state DEC Lake DeForest discharge permit was formulated not only to allocate to Rockland County its share of Lake DeForest water, but to also protect the Hackensack River ecosystem and provide New Jersey with its share of the river’s flow. There is no authority for United Water to exceed the discharge provisions of that permit.

The New York State Department of Conservation decision authorizing the construction of Lake DeForest states, “This Commission has the full power to see that this project is operated solely for the benefit of the citizens of Rockland County. The only benefit to the Hackensack Water Company (United Water New Jersey) and the people of New Jersey is the incidental benefit of a regulated flow in the river.”

The New York State Public Service Commission has ordered United Water to develop additional water supplies for Rockland County. In response, United Water is now proposing to construct, on the Hudson River in the vicinity of the Indian Point nuclear power plant, a desalination plant known as the “Haverstraw Water Supply Project” and is promoting that as “the best alternative to meet Rockland’s water needs.”

The question is: Did the long history of excess discharges from Lake DeForest prior to 2007 in violation of United Water’s Lake DeForest discharge permit, mislead the Public Service Commission to erroneously conclude that Rockland County’s water resources are less abundant then they actually are?

This occurred while United Water was beginning its ratepayer-funded campaign to convince Rockland that a desalination plant was the best alternative to meet the water needs of Rockland.

Rockland’s water supply has proven to be adequate without diversions of water to New Jersey. United Water has largely complied with the Lake DeForest operating permit since being fined by the New York State Department of Environmental Conservation in 2007. In the summer of 2010 Rockland County experienced below average rainfall, record heat and record demand for water. Despite drought like conditions Lake DeForest only dropped to approximately 75 percent of capacity and Rockland County residents did not endure water restrictions. However, Hackensack River reservoirs in New Jersey fell to approximately 46 percent of their capacity and New Jersey residents were put on water restrictions.