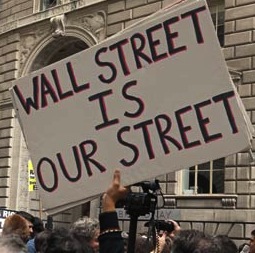 An estimated 450,000 residents of Communist-encircled West Berlin jammed the Rudolph Wilde Platz on June 26, 1963, to hear President John F. Kennedy declare his commitment to their struggle with the phrase, ‘€œIch bin ein Berliner’€ (‘€œI am a Berliner’€).

Two months later, some 200,000 civil rights marchers packed themselves around the Reflecting Pool in front of the Lincoln Memorial as the Rev. Martin Luther King, Jr., spoke of his dream for an America of racial equality, one ‘€œthat will give us upon demand the riches of freedom and the security of justice.’€

Sen. Gaylord Nelson and a handful of other environmental visionaries organized the first Earth Day in 1970. They galvanized an environmental movement and conservation ethos that spread around the world and attracts millions of adherents today.

More recently, Jimmy Wales and Larry Sanger decided that the world needed a user-produced, volunteer-edited encyclopedia, and so Wikipedia was born. With a paid staff of just 95, it now claims to serve some 450 million individual users every month. (Being a regular user of Wikipedia, I am happy to support its sponsoring foundation financially, and I encourage others to do so too.)

These examples of meaningful mass action offer some perspective as we look back on the ‘€œOccupy’€ movement that, in all likelihood, has already begun a rapid retreat into obscurity.

Occupy was, literally, a pointless exercise. It was typically described as a protest, but against what? Among the candidates I heard mentioned were ‘€œWall Street’€ (presumably meaning an industry rather than a film or a patch of pavement), income inequality, student debt and stunted job opportunities. There was almost no mention of what the protesters actually wanted.

Most great movements have been about building a freer and more just society for posterity. The Occupy movement was about the desire to get stuff now, beginning with patches of turf that already belonged to the public, but which the occupiers sought to take for themselves. There’s not much glory in that.

Once they were routed from their commandeered campsite at Zucotti Park, a handful of Occupy Wall Streeters took to the nearby subways to try to drum up attendance for a rally. They carried placards in Spanish declaring themselves ‘€œThe Angry Ones.’€ That was both accurate and revealing. They were the angry ones, even though anger might more naturally have been the response of neighborhood residents and business people who put up with two months of noise, dirt, crowds and the takeover of a common space that rightly belonged to all.

Nobody ever needed to go through the subways trying to drum up crowds for Earth Day parades and civil rights marches.

Occupiers claimed to be challenging those they call ‘€œthe 1 percent,’€ who allegedly control the wealth and power of the nation. But when push literally came to shove, the people they challenged were police officers, cabbies, delivery truck drivers, pushcart vendors and mailroom clerks, all of whom were just trying to do their jobs. Violence accompanied a protest blockade at the Port of Oakland, Calif. Did the protesters think they were going to find any billionaires among the longshoremen who were lifting containers of Asian merchandise off the ships docked there? Or did they think Wal-Mart shoppers ought not to have those goods on the shelves in time for the holiday season?

The Occupy ‘€œmovement’€ was never more than a tiny fringe, hyped by breathless coverage of ‘€œhundreds’€ or ‘€œthousands’€ of demonstrators in a park or on a bridge. Tight camera shots and organized shouting can make a small crowd look imposing on a TV screen, as any Persian Gulf theocracy already knows. But in a city of 8 million, the Zucotti Park protesters at their peak could not have filled more than a couple of subway trains.

I would wager that far more people claimed to witness King’s speech in 1963, or to have participated in the courageous Freedom Rides of 1961, than were actually present at those events. I do not condone such self-aggrandizement, but I can at least understand it. We all want to be part of something important.

In years to come, will anyone claim to have been part of the Occupy movement who was not actually there? Except perhaps in hard-core leftist political circles, I doubt it. This brief gathering reflected neither worthy goals nor lofty principles. While the people they claimed to represent went about their daily business, the Occupiers stayed true to their label. Instead of ‘€œliberty’€ or ‘€œjustice,’€ the watchword of this unimportant and short-lived movement was ‘€œmine.’€