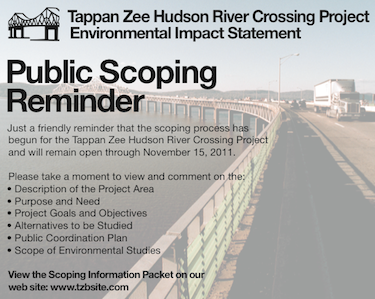 Nyack, Oct 27 — If you are planning to attend today’s Tappan Zee Hudson River Crossing from 4-9p in the Adler Room on the top floor of the Palisades Center, here are nine things you should know: