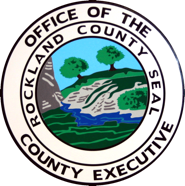 t’s unseasonably cold, wet and dangerous out tonight with fallen branches which might be disguising live power lines. And County Executive Scott Vanderhoef says Trick or Treaters should wrap up their business by sundown.

“I urge residents who plan to go trick-or-treating not to be out after dark due to the danger of downed wires, as well as areas without power,’€ said Vanderhoef.  ‘€œThe safety of our residents is our utmost priority.’€

The Office of the County Executive announced that “warming centers” will be open across the county in response to the estimated 30,000+ homes that are still without power following Saturday’s early season snow storm.

On Monday afternoon at 4p, Clarkstown reported that the following roads are closed as a result of the storm: