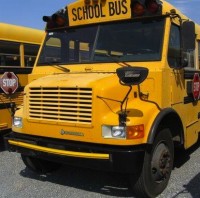 Citizens concerned about the impact of New York State’s budget on the Nyack School District are invited to attend a community meeting Thursday, October 6 from 6:30p-8p at the Nyack Public Library. The meeting is open to the public.

The Nyack School District lost more than $1,000,000 in New York State funding this fiscal year, resulting in more than 30 teacher layoffs in the district. At the same time, the 2011-2012 State budget established a ‘€œsunset’€ on the millionaire’s tax. The continued effect of these tax reductions on school funding next year are expected by many to be more severe.

‘€œThe state budget ‘€“ like all budgets ‘€“ is an expression of priorities,’€ said Jennifer Marraccino, one of the meeting organizers. ‘€œWe want to know why the State Legislature dropped the millionaire’s tax while cutting $1,000,000 in funding to the Nyack School District.’€

This group also plans to establish a subcommittee to look into how better efficiencies can be found in school spending. Its immediate priority, however, is to investigate how the cutbacks came to be part of the state budget in the first place, which state legislators supported the budget, and which opposed it, and what legislators are prepared to do immediately and in the coming year to restore the cuts.

For further information about the meeting email me at drostan@optonline.net or call  (845) 480-1585.