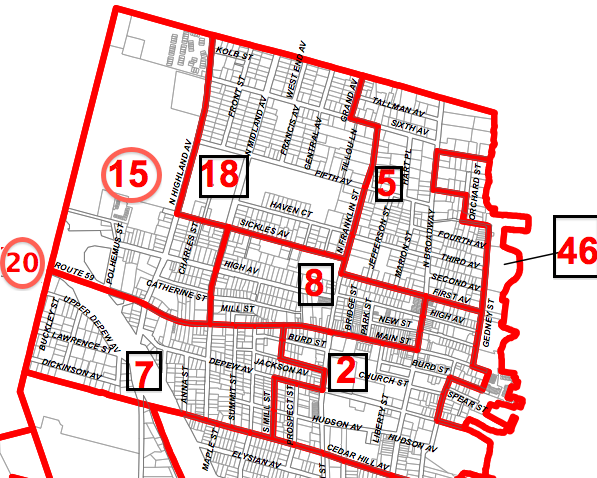 Democratic Mayoral candidate Jen White won every voting district in Nyack in the Sept 13 Democratic Primary except 15 and 20.

Nyack, September 19 — Democratic voters in Nyack selected a mayoral candidate last week for the general election in November. But Tuesday’s vote also marked a passing of the torch from older Democrats to the next generation.

In a parallel survey run by NyackNewsAndViews on September 12-13, respondents who chose Jen White tended to be younger and have fewer years in the county compared to Kavesh supporters who were older and had deeper roots in Rockland. The NyackNewsAndViews poll included Republicans, Indepedents and residents of other river villages in addition to registered Democrats.

The survey also included a question about consolidating village governments into a single municipal entity. In response to the question “if taxes remained the same and village services increased or stayed the same, would you be in favor of consolidating the separate Nyack River Village governments into one unit?” there was a clear difference between Kavesh and White supporters. Almost 9 out of 10 White supporters said “yes, in principal, I would favor consolidation.” By comparison, almost 70 percent of Kavesh supporters said “No, I am opposed to local government consolidation.”