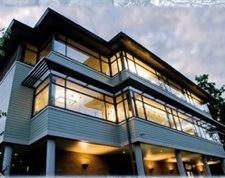 The Nyack Library’s attempts to emulate the marketplace logic of retail outlets like Barnes & Noble are at once ill-advised and inexpertly implemented ‘€” half measures that neither emulate the best practices of commercial culture successfully nor preserve what’s best about libraries, namely, their resolutely non-commercial status within American society. In a country where the capitalism is the state religion and profit maximization (at any cost) is the greatest good, public libraries are one of a very few institutions dedicated to the free circulation of knowledge.

The new, ‘€œrebranded’€ Nyack Library’€”an odious term, imported from corporate culture’€”is an unsatisfying hybrid of public institution and retail space. For example, commercial websites such as Amazon are careful to make their users feel ‘€œheard’€ via autogenerated responses (‘€œThanks for your feedback’€). The library’s Website neglects to do this. On the other hand, it unhappily embraces the tendency, in corporate culture, to view transparency as a liability: I had to contact a librarian to get the e-mail address of the Library Director, since it is not listed online. Similarly, the date of the Board of Trustees meeting, which should be prominently featured on the site’s front page so that all taxpaying Nyackians are aware of it, is hidden deep in the site, buried in a PDF document.

Another example: the identifying placards that have sprouted up on the stacks are whimsically imprecise. Color me clueless, but I have no idea what the vague rubric ‘€œBody/Mind/Spirit’€ is supposed to encompass. Religion and philosophy? Cognitive neuroscience? Evolutionary psychology? The Frances Farmer Story? Freud on infantile sexuality? Tai Kwan Do for Dummies? Rock-Hard Abs in 30 Days? The placard is so generalized as to be useless. Ditto ‘€œBusiness and Society’€. ‘€œSociety’€ is a vastly large subject area. Shouldn’t it have its own section altogether? And why is it paired with business? Do the two go together any more intuitively than, say, society and gender or society and sexuality or society and race? Why not business and economics?

(Parenthetically, the new organizational philosophy has given rise, as well, to a layout that makes locating a book as easy as navigating a hedge maze. Blindfolded. On a moonless night. The arrangement of the stacks into zigzagging angles and crazy switchbacks instead of the time-honored linear layout is just nuts, to use a technical term. Thanks to the new layout, call numbers hopscotch all over the place. Here, the numbers jump, in the space of one shelf, from 299 to 610; there, from 618 to 793, and over there from 398 to 650. As a book author and former university professor, I’m reasonably fluent with library layout, yet I find the library’s current configuration maddeningly inscrutable. Looking for a book? Bring a sack lunch.)

I asked a librarian about the new organizational philosophy, implemented with the library’s re-opening, and was told that it was modeled on Barnes & Noble categories in an attempt to create a ‘€œmarketplace’€ of categories, conducive to serendipity. I’m all for serendipity, but is there any data showing this new arrangement is any more likely to lead to accidental discoveries than the old Dewey Decimal set-up? Moreover, why is a public library emulating a retail outlet, especially one that just did a flaming death-dive into bankruptcy? Too much of American culture embraces the logic of the marketplace and the ‘€œwisdom’€ of CEOs, a tendency epitomized by Trump’s 15-minute candidacy and the odious, only-in-America phrase ‘€œthe marketplace of ideas,’€ an expression whose inference that everything, even ideas, should be valued in dollars-and-cents terms makes my Inner Marxist see red.

Nowhere is this regrettable tendency more jarringly evidenced than in the recent renaming of the checkout desk as the ‘€œcustomer service’€ desk and the requirement that checkout clerks wear badges identifying them as ‘€œcustomer service representatives.’€ While it may seem small, this renaming’€”again, part of a larger rebranding’€”signals the triumph of commercial values over civic virtues. Libraries are not in the business of selling anything, and thus cannot, by definition, have ‘€œcustomers’€; they have patrons, a perfectly good term that emphasizes our profound investment, literally and figuratively, in the library as a democratic institution in an ever more privatized world, consecrated to the book rather than the cash nexus.

Libraries are an instance of what the sociologist Ray Oldenburg calls ‘€œgreat good places’€’€”spaces that serve as the heart of a community, enriching civic and social life and fostering a sense of common cause. The corporate-inspired rebranding of the Nyack Library is repugnant to those of us who care deeply about libraries and the values they stand for’€”values that help make Nyack the town it is. We deplore such changes and urge the library to unbrand its rebranding and return to the values that have stood it, and the community, in good stead for so many years.

South Nyack resident Mark Dery is a freelance journalist, book author and  a frequent user and longtime supporter of the Nyack Library. He originally submitted this opinion piece as a letter to Library Director James Mahoney.