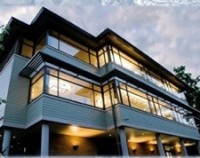 As well, several expressed disapproval of Director Mahoney’s embrace of a reportedly branding-and-marketing-inspired “marketplace” remake of the library (which one commenter called the “Barnes & Noble-ization” of the NPL).

During the public comment period, I noted that we live in an age that pays lip-service, at least, to the gospel of interactivity and the Wisdom of Crowds. It’s an age of citizen journalism, crowdsourcing, Wikipedia, do-it-yourself TV, and roll-your-own video mash-ups.

Yet the library management, according to employees who spoke to me in confidence (for fear of losing their jobs), is by all accounts unresponsive to employee concerns about workplace safety, not to mention constructive criticisms about improving library services.

Of course, this isn’t the most pressing or troubling of the issues that plague the library, although I do believe management’s (and perhaps the board’s) apparent inattention to staff concerns (some of them repeatedly expressed over the course of a year or years), its seeming lack of interest in reaching out to the community to educate it about appropriate behavior in the library as well as leveraging community wisdom about best practices, is coming home to roost in escalating incidents of abuse and assault as well as misbegotten attempts to rebrand the library along corporatist lines.

Regarding the more urgently important, deeply troubling issues raised at the Monday night meeting of the Nyack Library board of trustees, I and others argued that library management’s inability or unwillingness to enforce its stated disciplinary policy (see CODE OF CONDUCT) has led, over time, to an anything-goes climate at the library, in which unruly behavior, loud noise, and even verbal abuse, physical intimidation, and assault of employees is tolerated by management.

As a longtime journalist and former professor of journalism at NYU, I’m mindful of the ethical and legal implications of making such charges in a public forum. So let me say, unequivocally, that I base these allegations on the personal testimony, founded on firsthand experience, of at least three longtime NPL employees, not counting Pete Danish, the husband of the former employee, who spoke last night.

Danish spoke emotionally yet eloquently about the verbal abuse and physical intimidation he claimed drove his wife, who worked at the NPL, to quit. He alleged that a patron called his wife a “f—ing bitch” and described another physically menacing an employee at the checkout desk. He alleged that Library Director James Mahoney walked past while the latter incident was in progress, apparently ignoring it. He asserted that when he confronted Mahoney about his seeming unconcern, Mahoney told him, in so many words, that there was nothing that could be done.

Mr. Danish then noted, pointedly, that state and federal authorities had confirmed his perception that the workplace environment at the NPL is, in effect, a textbook example of an unsafe workplace and very possibly in violation of federal law. He asked the board if it would take prompt action to remedy this deplorable situation, or if he would be forced to initiate a state or federal investigation.

Mr. Danish and I proposed several remedies to this situation, which I hope the board will take under serious consideration:

At one point, Director Mahoney said, with some heat, that the teen room was “never, ever” left unattended, and that he “knew of no instance where a single individual is left to close the building alone.” On cue, Mr. Danish rose to rebut that statement, noting that when he worked at the library, he had closed the building alone “a half dozen” times.  I advised the board not to take my word for it (although as I noted it was based on conversations with employees), nor Mr. Danish’s nor Mr. Mahoney’s, but to speak with employees regularly, in closed session from which management would be barred, to order to ensure that employees could speak freely, without fear of reprisal. Whether they adopt this suggestion remains to be seen.

I firmly believe the perceived upspike in misbehavior and incivility at the Nyack Library is the result of what management consultants like to call “mission drift.” First, consider the library’s mission statement (found here on the website), which repeatedly emphasizes the library’s role in addressing the community’s “recreational needs.”

That redefinition, coupled with the Barnes-and-Noble-ization of the library inaugurated by management—evident in the reorganization of the collections according to a “marketplace” paradigm and the renaming of the checkout desk the “customer service” desk (an innovation the staff reportedly loathes)—has unsurprisingly encouraged the perception that the library is a sort of mall for books, where patrons—excuse me, customers—should feel free to hang out, yack loudly, frolic rambunctiously, and if the mood strikes them browbeat or bully the employees, because, after all, the Customer is Always Right.

Advertisement. Scroll to continue reading.
Trustee Hussey put it nicely when he noted, “If you promote yourself as a retail outlet, you shouldn’t be surprised if people behave as if they’re in Target.”
I intend to follow developments closely, and to raise issues not addressed last night, matters of concern to me and a substantial number of Nyack Library patrons and employees who’ve communicated with me, such as:
I’m confident that if those of us who believe profoundly in public libraries as treasurehouses of knowledge—centers of reading, writing, study, and cultural and intellectual enrichment whose doors stand open to all who are willing to abide by the social contract (i.e., who embrace the values of mutual respect, tolerance, and civility that are the cornerstones of community)—press the board to act swiftly to address our concerns, the Nyack Library will once again be the “great good place” so many of us cherish.

South Nyack resident Mark Dery is a freelance journalist, book author and a frequent user and longtime supporter of the Nyack Library. “As the author of an opinion piece taking library management to task on both issues, and as a spirited participant in the public comment segment of Monday’s meeting, I don’t pretend to objectivity on this issue,” says Dery. “These comments constitute my unapologetically opinionated post-mortem on the events of Monday night. Nonetheless, I have attempted to be scrupulously factual, and welcome board members, library management, and any members of the community who attended to set the record straight if they note any errors of fact in my comments.”

In this article:Civic Discussion, Library