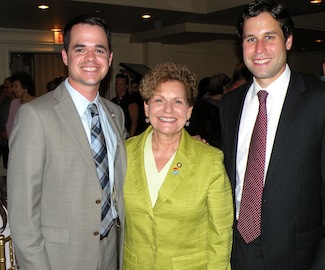 Shields, who sued the Town of Orangetown and New York State for refusing to issue same-sex marriage licenses to him and his partner in 2004, praised all of Rockland’s local, state, and federal representatives who demonstrated their support for ‘€œliberty and justice for all ‘€“without exceptions.’€

Shields also read a statement from New York State Senator Tom Duane: ‘€œThis year Rockland County, and in particular Nyack, should be proud of their elected officials who fought for and won the right for same-sex couples to marry the ones they love.’€