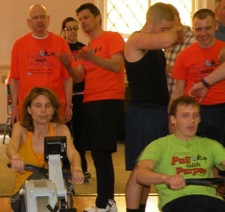 This Week In Politics,  3/20/2011: Nyack’s Village Board joined 16 other teams to help a fund raising row-a-thon; the 2011-12 school budget leaves educators gasping and tearing; the State of the County is either steadily improving or potentially imploding, depending on if you work for the executive or legislative branch of county government.