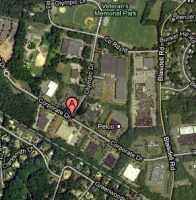 Legislation allowing Orange and Rockland Utilities to swap land to build an electric transition structure has been approved by the NYS Senate. The Senate bill was sponsored by Senator David Carlucci (D-Rockland). An Assembly version is being co-sponsored by Assemblywoman Ellen Jaffee (D-Suffern).

O&R wants to construct and operate electric transition structures and overhead and underground electric transmission wires on parkland to feed the Corporate Drive substation in the Town of Orangetown. The town hopes to alienate parkland in the form of an easement in order for O&R.