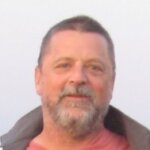 Some of my closest friends and most admired historical figures either are, or have been, raging alcoholics: Men Like Christopher Hitchens, PJ O’Rourke, Hemingway, and Hunter  S. Thompson. (I’ll avoid any local examples, thanks).

I think the same may be said for Nyack.

At the risk of offending some of my good friends who struggle daily with the reality of retail in Nyack, I Chamber of Commerce President Scott Baird’s recent article seems to support the argument, if it weren’t for alcohol, Nyack wouldn’t have much to offer.

That being said it is a basic tenet of any 12 step program  in coping with the social problems presented by alcohol is step 1, admitting there is a problem in the first place and step 2, the perception of a problem is evidence of the existence of the problem. So if the boozing has gotten the attention of the morning news cycle in New York then I think we should acknowledge  we may have a problem and might want to try and turn down the volume some don’t you think?

While I recognize Mr. Baird’s portfolio as the new chair of the Chamber of Commerce his article appears to evidence a certain denial regarding Nyack’s addiction to booze. He seems to ignore how the day time retail shops struggle with the hangover the morning after the party of the night before.
I work 24/7 and am frequently in town in the early morning, usually either leaving or returning at oh dark thirty, and more often than not I witness, if not a Cairo like riot, which I think is a little hyperbolic, at least an outsize police presence on Main Street and more than a few examples of clearly impaired individuals heading for their cars or relieving themselves in the doorways of the closed up shops.

On more than one Sunday morning I have stepped over broken glass and or the vestigial contents of someone’s stomach, which upon a closer forensic examination, would not support Mr. Baird’s claim of Nyack’s haute cuisine  but generally appears to be pizza and wings.

I agree with Mr. Baird that a healthy community dialogue is what we need, but I stop short of specious arguments that exalts Nyack’s night time scene, which except for a notable few really excellent kitchens, in my experience mostly offers mediocre fare and indifferent service as an adjunct to the more lucrative activity of selling alcohol by the ounce.

Conventional wisdom holds that in order to make your community a destination for others and unless you have a national monument in town or a UFO has recently landed, it must first be a destination for the local residents. This means that as important as it is to attract guests from out of town, we need to find ways to encourage Nyacker’s to spend their hard earned money here at home and not head to the Palisades Mall or Rte 17. It’s pretty clear there are fewer and fewer reasons for Nyack residents to shop in town.

If we are to have this discussion as Mr. Baird suggests then I think we have to make sure it is not simply ideologically driven to support one unsustainable model at the expense of more diverse community needs or opinions.

The current state of the Nyack’s finances is a compelling argument that ‘€œLaissez Les Bon Ton Rouler’€ is not and never has been a viable financial management model.