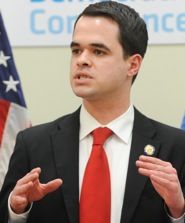 ‘€œThese common sense solutions will allow school districts to make the best use of their financial resources without treating our taxpayers like limitless cash machines,’€ says Carlucci. “It’s time to put aside the explosive rhetoric and work as a team with our educators and school administrators to do more with less.”

Despite granting schools more control over their costs, school critics weren’t mollified by the IDC proposal. “Carlucci’s changes are distractions from the real financial issues,” says Rick Tannenbaum, a Valley Cottage parent and a frequent critic of Nyack Schools’ administration. “The only thing that the teachers’ union should be able to collectively bargain is wages. Contributions to pensions, contributions to health insurance and the quality of those plans should be set statewide.”