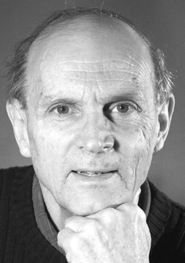 Today is the one set aside for valentines, and I hope you all get them in one form or another, but my love affair for this moment is more about another sort of heat — steam heating, actually.

It has been a long, cold, old-fashioned winter this season in my part of the Northeast, and the forced-air and water-filled baseboard heating systems that are either in my house or my sons’ or in other places have proven inadequate. Once, there was steam heating, used way back in the later 1800s,  and some of those installations are still operating beautifully. The setup, with his occasionally hissing valves, puffs of humidity shot into the air and some pipe-banging, has done the best job of keeping me warm whenever I have found it.

It was ‘€œprogress’€ that took us to forced air, in which a coal, then oil or gas or even electric furnace heats air and then forces it out registers by a fan. It was ‘€œprogress’€ that put hot water rather than  steam into cast-iron radiators, which at least retained heat after the furnace had stopped running, and then  into thin sheet-metal baseboard units, which go to cold almost instantly. These systems generally get you warm but then quickly have you chilly as they cycle on and off.

Steam heat, on the other hand, not only warms cast-iron radiators but fills the room with humidified air, which makes you feel warmer at lower temperatures. It has a psychological component, too, since the gentle sound of steam rising out of a radiator valve  makes you feel cozy. It also has you nostalgically recalling old school classrooms with steam heat, wet mittens and hats drying atop. I add  the memory of leaning my derriere and the back of my legs against steam radiators in various Rockland County town halls when I was a newspaper photographer some decades ago. Running from assignment to assignment in a small Volkswagen Beetle, which had a poor heating system, left me chilly, and I was thankful for the radiator stops.

Radiators of any sort are difficult to locate anywhere these days, though I have hit upon a few in nearby South Nyack and Orangeburg.

I suppose that heating engineers can give you reasons why forced air, hot water and other systems are used today instead of steam. Perhaps there is greater efficiency. Maybe radiators take up too much room. Perhaps it is really the bottom line: the more profit you seek, the more ‘€œprogress’€ has to be shaped away from product improvement to compromise on quality.

If I could, I would retrofit my own abode to steam heat, tossing the baseboard units into recycling. But that is not affordable. Instead, come winter, I will just have to visit friends who have steam heat.