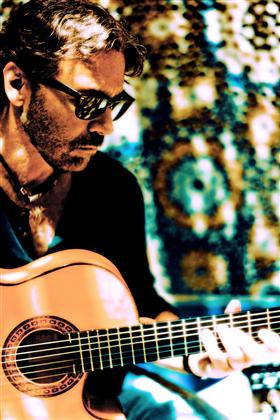 Al Di Meola is one of the great jazz fusion guitarists of all time — and he has local area roots. He started his musical journey honing his skills while in high school in Bergenfield, NJ. At age 19, Al became a member of fusion supergroup Return to Forever – joining up with Chick Corea, Stanley Clarke, and Lenny White. The band made three albums, including the Grammy winning No Mystery record in 1975.

Di Meola then went on to achieve success as a leader of his own groups. He has played with many of jazz and pop’s greats including Paul Simon, Jaco Pastorius, Wayne Shorter, Dave Matthews, Herbie Hancock and Stevie Wonder.

For now, Al Di Meola is busy touring the world – playing in Australia, Israel, Europe, Russia and Japan. Catch him in March 2011, when he returns to the US for a run of shows.