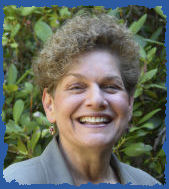 Democrat Ellen Jaffee, who represents the 95th Assembly District, which includes Orangetown and part of Ramapo, told a gathering of top Rockland County Democrats that she is considering a run for State Senate. Jaffee indicated that she was approached by leaders in the State Senate to run. Jaffee said that she will decide to run in a matter of days. She has no notable opponents for her State Assembly seat.

On the Republican side, Rockland County Executive C. Scott Vanderhoef is expected to run. However, a local Tea Party movement is rumored to be fielding its own candidate in the event of a Vanderhoef candidacy.