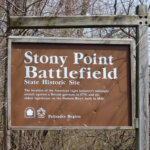 New York State Parks officials announced today that they plan to close 55 parks and historic sites and reduce services at other parks to help shrink the state’s $8.2 billion budget deficit. Several parks and sites located in Rockland County will be affected. The cuts are reportedly in addition to park services cuts implemented over the past two years, which included reduced services at Nyack Beach State Park. The affected parks and sites include:

Unfortunately, there is now no public place in Orangetown where children can swim outdoors this summer. That is, unless some enterprising local politicians decide to do something about it. Perhaps the Town of Orangetown can convince the State to keep the pool open or rent the pool from the State. How about purchasing the pool at Tallman Mountain for a nominal amount to take it off the state’s hands? It certainly would be an inexpensive way of finally providing this town service.

Also, we should consider that our exceptional State Park system is a revenue and job generator for the State and the local economies near the parks. New York’s parks attract out-of-state tourists and generate up to $2 billion in annual economic activity. Every $1 of taxes spent on parks generates $5 in jobs and economic activity. So the loss of parks in Rockland county also means a loss of revenue and wealth.

In addition to these sites in Rockland, many other parks in the region will be affected:

The Office of Parks, Recreation and Historic Preservation released this suggested list of closures and cuts today. The office is facing a $29 million cut in funding, which is about 16 percent of its annual budget. It’s fiscal year begins in April. The cuts are in addition to park services cuts implemented over the past two years, which included reduced services at Nyack Beach State Park.

This article is cross-posted at the Rockland Progressive Dems Web site.