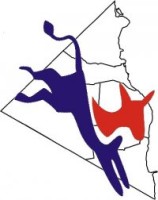 If you think you voted for change last year, you only scratched the surface. What happens on November 3 can possibly change the course of politics, not only locally, but throughout New York. In fact, next Tuesday’s vote may be the most important we’ve made yet as residents of Rockland County.

Democratic leaders in Albany and New York City are holding their collective breath while watching our County Executive Race. Statewide Democratic Party leaders have confided to me that the race between Thom Kleiner and C. Scott Vanderhoef for County Executive has ramifications that go way beyond Rockland’s boundaries. I’m sure that state’s GOP leaders would agree. After all, they’ve hired Karl Rove’s favorite consulting firm to keep the seat in Republican control.

Beyond the local issues of taxes, balanced budgets, pay-for-play, and the New Square Slaughterhouse, political strategists I have talked to believe that the possible election of a Democratic County Executive can change the makeup of Albany. Is this a grand assumption on their part? I don’t think so.

Our County and the 38th State Senate District have similar boundaries. The Senate district is Rockland County plus the Orange County towns of Tuxedo and Warwick. The fact that our County Executive, Vanderhoef, and State Senator Thomas P. Morahan, are both Republicans is not a coincidence. Although Rockland County is 7-to-4 Democratic-to-Republican (3-2 when including Tuxedo and Warwick), unseating county-wide incumbents’€”especially two that have masqueraded as moderates’€”has been futile in the past.

But recent state history has proven the theory that the election of Democratic County Execs beget the seating of Democratic State Senators and vice-versa. Once a political party has a powerful county-wide elected official, it often follows that they elect another. This is not a knock against Ellen Jaffee, Nancy Low-Hogan, or Greg Julian, our last three county-wide Democratic candidates, but we haven’t had such a strong Democratic candidate as Thom Kleiner in decades.

And this is how the election of Thom Kleiner as County Executive will help elicit change statewide: The County Executive election will send a message to State party leaders whether the 38th State Senate District is or is not in play. State Democrats, namely the Democratic State Senate Committee (DSSC) did not put a dime into the 2006 and 2008 campaigns of Low-Hogan and Julian and other potential donors followed suit, so these candidates didn’t stand a chance against Morahan’s biannual half-million dollar warchest.

These races were basically conceded before they began and neither Democratic candidate could eclipse 40 percent of the vote total.

The election of Kleiner will convince the DSSC and other non-partisan statewide reform organizations to take notice. Morahan, who has recently taken a staunch anti-gay rights stance and who has been consistently against ethics and campaign reform in Albany, will finally meet a strong opponent in 2010. It will also convince Democratic turncoats such as County Legislator Ilan Schoenberger, Clarkstown Executive Alex Gromack, and Nyack Mayor John Shields, all of who supported Morahan in the past, to support the candidate that shares progressive and Democratic ideals. The Morahan fiefdom will be in jeopardy.

The Brennan Center for Justice calls New York’s State Senate the nation’s ‘€œmost dysfunctional,’€ and it’s no wonder. Right now, the New York State Senate remains in a partisan and ethical deadlock where Morahan plays a starring role. Progressive State Senate Democrats have been working hard for reform, which includes public-funding for elections and the elimination of member items, a pay-for-play slush-fund system that political experts call ‘€œincumbency insurance.’€ Morahan has been one of the biggest abusers and buys off the loyalty of politicians and constituents, giving ‘€œgifts’€ to local institutions, towns and villages (including the village of Nyack), in the weeks before an election to help cement a November victory. In essence, it’s been legal for politicians like Morahan to use our tax money for their reelection campaigns.

State Senate reform advocates say there’s a lot of work to be done to make Albany less dysfunctional, and it all starts with getting a strong, progressive Democratic majority in the State Senate. A weak Democratic majority where the ethically-challenged Pedro Espada, Jr. and convicted batterer Hiram Monserrate rule the roost cannot bring us the change we need. Both change their party loyalties to suit their mood and they are perfectly happy in continuing to filibuster reform.

State Democratic Committee insiders and reformers agree that Rockland is a bellwether county. If we’re going to see reform on a state level, it’s critical that we have a strong Democratic majority with a progressive State Senator from the 38th Senate District.

So, when voting on November 3, remember that a vote for Kleiner is also a vote for legislative reform on a state level.

This diary is crossposted at the Rockland Progressive Dems Web site.