The New York Times, Univision and public radio station WNYC will swap money and assets in a three way deal which says alot about the state of radio, newspapers and the economy. The cash strapped NY Times will sell its WQXR classical music outlet to WNYC and Spanish radio operator Univision. As part of the deal, Univision will take over WQXR’s desirable 96.3 frequency and the new WQXR will relocate to 105.9 FM.

The New York Times will receive $45 million in the deal with $33.5 million coming from Univison and $11.5 million from WNYC. Comments on the RadioInsight blog estimate that WNYC’s acquisition price is about 1/4 of what a similar NYC FM radio stations would normally fetch.

In a challenging economic climate for newspapers and commercial radio, Spanish and public radio appear are thriving and expanding. The New York Times described the deal: “Faced with losses brought on by a deep advertising slump, the Times Company has been cutting costs across all of its operations, including the flagship Times newspaper. This year it negotiated union concessions on wages and benefits at The Boston Globe, and closed a wholesale newspaper and magazine distribution subsidiary.” 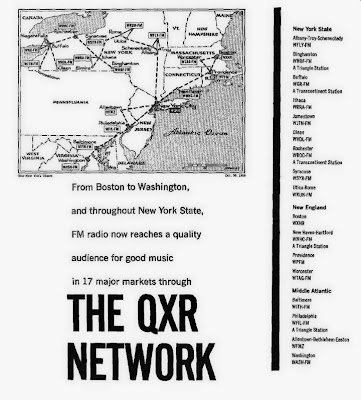 WNYC says they plan to continue WQXR’s two most listened-to live programs ‘€“ Saturday Afternoon at the Opera and The Philharmonic This Week.

“[WNYC] has been trending away from the standard presentation of classical music or concert music, ” says the New York City Eye blog. Comments on RadioInsight speculate that WNYC will change to a  24/7 NewsTalk format with music programming moving to WQXR.  Nyack resident and afternoon drive announcer Elliott Forrest is among the 21 station employees who will have to reapply for their jobs at WQXR. Forrest is also Artistic Director at Riverspace Arts in Nyack.

This article also appears on MediaNewsAndViews.com.