The town of Orangetown Democratic Committee met at the Pearl River Library last evening to nominate the next candidate for Town Supervisor, to replace Thom Kleiner.  Everybody was braced for an ugly fight (why would this ever by a positive process?) between Kleiner’s Executive Assistant Suzanne Barclay and council member, Michael Maturo.

Barclay has a tremendous resume, including a Masters in Planning at MIT, a certified City Planner, and 7 years working for the Town as the Supervisor’s (Thom Kleiner, who is running for County Executive) Executive Assistant.   Each candidate made a 5 minute speach, and Suzanne started with a solid speech highlighting her experience and priorities.

Michael stood up next and, for a 24 year old, sounded like a seasoned politician, able to command a room of 100+ people with an upbeat message.  He then moved to the issue of the party working together, and then dropped the bombshell of declining the nomination, and giving it to Barclay. 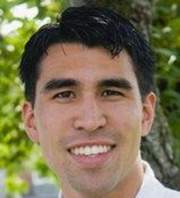 It was an incredibly gracious move that left the room stunned and elated that they could back Barclay as their candidate without a fight.

Michael definitely has a bright future ahead of him.  Suzanne Barclay is well positioned to run a strong campaign to win the election for Town of Orangetown Supervisor.  There still may be a primary if somebody collects enough petitions and asks for one, but that seems unlikely.

The Nyack Village Dems will go through this process on May 26, which should be very interesting since there are 5 people who have declared they are running for Mayor, three of which are sitting Trustees.  There will most definitely be a primary in the Village.