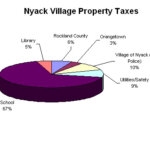 I finally did something I’ve been wanting to do for years.  I took my property tax statements (2008) and put them in a spreadsheet so I could see how much I’m paying in what seems like a long list of taxes.  The results were very interesting, although not surprising.

I have been amazed how much attention and anger is directed toward the Village and its budget.  The Village hosts 5 public budget meetings for what ends up being only 10% of what we pay in taxes.  The School Board, by contrast, has one public budget meeting (April 17, by the way) that almost nobody knows about and a few days later (April 21) passes the budget.  And guess what, that’s 66% of your tax dollars.  For every dollar you pay the Village you are paying almost $7 to the School District.

It seems we get nickeled and dimed with all these smaller charges.  Between the Fire and sewer charges, which are all broken down, it adds up almost to the entire Village tax.  There is, I believe, a public meeting for the Fire District taxes.  And nobody knows what the process is for that.

And then there is the library.  Who knows when the public meeting is for the library budget?  And it is half of the total Village tax!  There is something wrong with this picture.  Don’t get me wrong, I love having a public library, and ours is beautiful.  I’m not so sure we need one the size we are building for this small community.  If we had no other needs, yes, it would be great.  But we can’t afford to move ahead with street beautification, or clean up the streets as much as we want, and we are building a huge, multi-million dollar addition to our library.  If that money were pooled into the same decision making process, I’m not sure the library expansion would be the top priority over the other Village needs.  In fact, Louise Parker has always called for a community center, but the Village can’t afford it.  The library, in reality, is the tax payers’ community center.

The bottom line is that we as tax payers pay a lot of money for our local services.  I live in a modest house and it adds up to more than $10,000.  That is a lot of taxes.  Unfortunately there is no rational way to prioritize our budget across the 10 different line items on our tax bill.  The Village has the most open and accessible process for public discussion.  So unfortunately it receives almost 100% of the public scrutiny.

The answer is to get more involved in the other parts of the process that affect our pocket book a lot more: School, library, and Library would be good places to start. 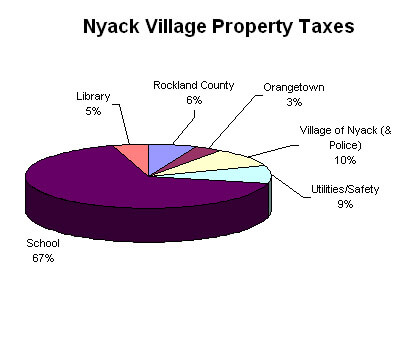