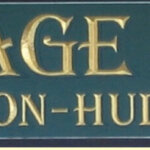 Budget meetings are not generally fun, but these days they are more depressing than usual.  Last night was take 3 of 5 public budget meetings at Village Hall.

On the agenda was public works, Friends of Nyack, and the Nyack Center.  For an hour the discussion was between the Trustees and Superintendent of Maintenance, Victor Overton.  The focus was on a few cost saving ideas like changing the alternate side parking hours from 2am-6am to 2am-10am, and not picking up trash for non-residential activities such as the Nyack Boat Club, houses of worship, the Housing Authority, the Nyack Center and Head Start.

Also discussed was picking up “white goods”, the large items like appliances, less often.  Currently they are picked up every Friday.  One resident said that when she moved from California it amazed her that bulk trash was picked up every Friday, because it only happened a couple times a year where she came from.

The Board didn’t even begin discussion of Victor’s equipment list proposals.  They will deal with that another time.  In the end, Victor Overton was a bit deflated, but several public members followed up, along with the Mayor and Trustees, saying how much appreciation there was for the incredibly responsive pick up service.

The Mayor has asked for a 5% decrease in the department’s budget, and Victor was unsure that was possible.  The discussion ended with ideas like that brought up by Trustee Richard Kavesh with unpaid time off for the department’s 11 employees.  Nothing was decided but it is clearly a difficult situation.

The Friends of the Nyacks was a quick discussion, with chair Deborah Darbonne asking the Village not to cut the $1,000 budget for the Mostly Music program in Memorial Park.  She said that for the $1,000 that comes from the Village, it leverages $10,000 in funding from sources that requires Village participation.  So the whole program would have to be shut down if the Village cut the funding.